Making it easy to use NFTs of the future—and for you to write about it.

Enjin is the leading ecosystem for non-fungible tokens (NFTs), offering a comprehensive suite of products for creating, trading, distributing, and integrating NFTs into virtual worlds. As a scalable, affordable platform, Enjin's technology has seen wide application in blockchain games, apps, enterprise programs, and innovative marketing campaigns. The Enjin ecosystem is fueled by Enjin Coin (ENJ), a utility token used to back the value of blockchain assets, and the native ERC-1155 token standard created by Enjin CTO Witek Radomski. To date, over 1 billion Enjin-powered blockchain assets have already been created.

Enjin was founded in 2009 by Maxim Blagov and Witek Radomski. Over the next decade, they organically grew their first product, the Enjin Network, to over 20 million gamers worldwide.In 2017, the company hosted a successful ICO of Enjin Coin and began pioneering a vision for NFTs, building an ecosystem of user-first products that make it easy to develop, trade, monetize, and market with blockchain.‍Enjin kickstarted the NFT movement on Ethereum, creating the advanced ERC-1155 token standard, which is implemented alongside a unique token infusion mechanism that now powers billions of digital assets on the blockchain.The company has released a full ecosystem of blockchain software products and solutions that enable developers, businesses, and individuals to create, manage, trade, distribute, and integrate NFTs. This integrated ecosystem is comprised of an NFT minting platform, wallet, marketplace, SDKs and plugins, a robust API, and a QR code asset distribution service.Forged in gaming, Enjin's technology has enabled developers to integrate blockchain into games and apps without any blockchain coding experience—some in under 48 hours. In 2018, this tech supported Enjin's announcement of the world's first blockchain gaming multiverse, a collective of games which agreed to integrate a shared set of NFTs across their virtual worlds.Enjin currently works with over 100 game and app developers in an official capacity through its Adopter Program, from open-world fantasy RPGs and trading card games, to augmented reality apps and Minecraft servers.

Download our full brand asset kit, including logos and guidelines.

An ecosystem of user-first NFT products

The Enjin Platform is a blockchain platform for creating and integrating NFTs.Minting NFTs is done via a simple visual web interface.A robust API, SDKs, and plugins enable developers to integrate blockchain with games and apps, using their favorite coding languages and tools.

The Enjin Marketplace is a digital trading hub for exploring, buying, and selling NFTs. Users can also search for transactions, addresses, and blocks via the integrated blockchain explorer.Future upgrades will see the launch of NFT.io, a next-generation, cross-chain marketplace.

Enjin Coin (ENJ) is a cryptocurrency used to infuse blockchain assets like NFTs.Every asset minted with the Enjin Platform contains ENJ, giving it residual value, which can be retrieved through "melting" at any time.

Created by Enjin CTO Witek Radomski, ERC-1155 is an Ethereum token standard that enables developers to deploy both fungible and non-fungible tokens in a single smart contract.Enjin's smart contracts are an implementation of ERC-1155, where each minted asset is infused with ENJ.

Efinity is a next-generation blockchain for NFTs, developed on Polkadot. As a scalable cross-chain network, it will support tokens from any blockchain. EFI is the native token of Efinity, designed for transaction fees, facilitating liquidity, community rewards, and governance.

JumpNet is a proof of authority (PoA) blockchain enabling instant, gas-free transactions for NFTs and ERC-20 tokens. An eco-friendly solution, JumpNet is carbon-negative and fully integrated with the Enjin product ecosystem.

See the history of the Enjin ecosystem, from product developments to partnerships, adoption, and more.

Want to write about us? Get in touch.

Building with Enjin? Here's how to use "Powered by Enjin" graphics on your website, videos, and images. 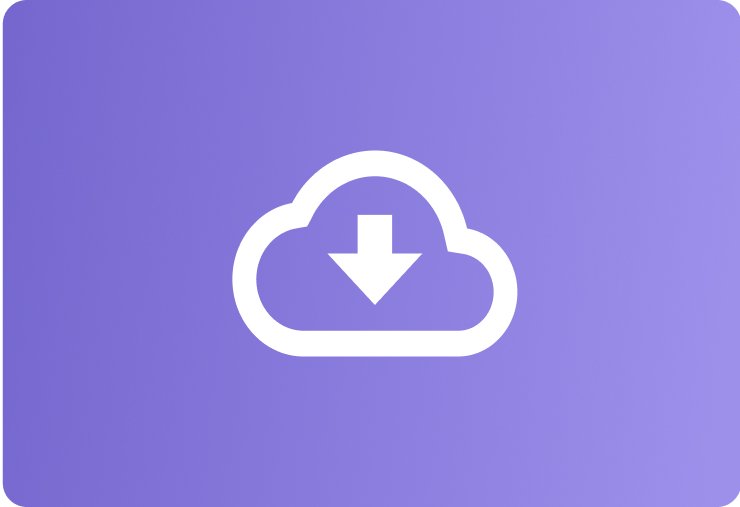 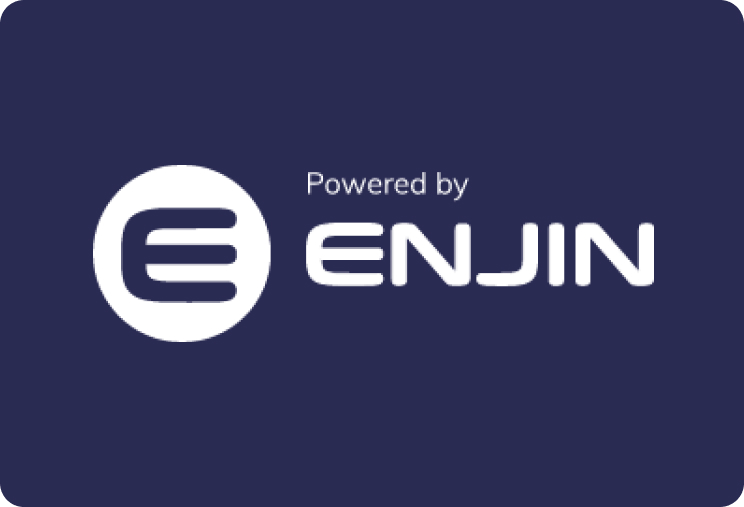 Use the white version on dark backgrounds. 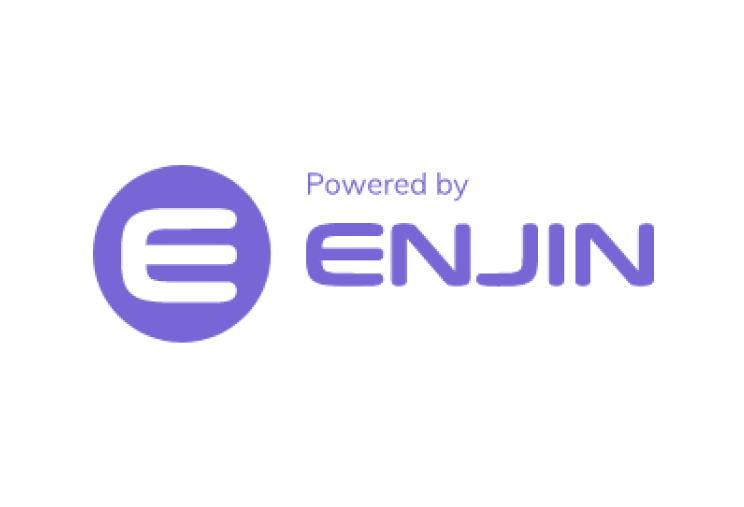