Polkadot’s parachains solve many blockchain network issues. Find out how to join a Polkadot Crowdloan and help your favorite project win a parachain slot.

Getting a Polkadot parachain slot means you can create a blockchain with extremely advanced security, scalability, and performance.

But earning a parachain slot isn't easy—you need to win an auction first.

Polkadot’s parachain slot auctions use a unique method to ensure fairness and equitable voting through the "candle" auction method. To win a coveted spot on Polkadot’s parachain, many promising projects (including Efinity) are turning to crowdloans.

First, we’ll cover what Polkadot is and the problems they’re solving. But if you’re already familiar with them, feel free to skip ahead to the parachain section!

Polkadot is a blockchain network that aims to improve the scalability, interoperability, and security of other networks. The project's mission is to allow any type of data to be transferred between any blockchain network—securely; for example, allowing private networks such as a university to confirm the validity of a person’s diploma that’s stored on a public network.

With Polkadot, new parachains can provide better solutions to users and developers—which is why winning a parachain slot auction is important for many projects.

What is a Parachain Auction?

Rather than giving access to the highest bidder, Polkadot’s parachain auctions were devised as a fair way to determine who gets access to build on the network.

During the auction, Polkadot (DOT) holders can choose to bond their cryptocurrency to specific projects to show their support. In return, each project usually rewards its supporters with the native token of their respective parachain.

One key aspect of parachain auctions is that they’re run as a candle auction, which helps to avoid the downsides of auctions, such as last-minute sniping.

But what exactly is a parachain?

Parachains represent the dawning of a new age in crypto. By solving the dreaded "blockchain trilemma," they create a playing field in which everyone can win. 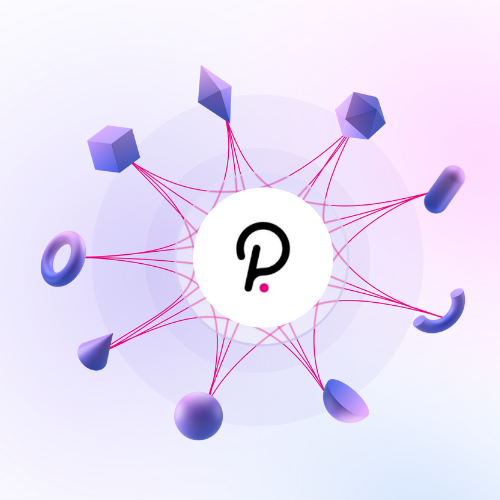 How a Parachain Auction Works

A parachain auction works like any other auction, except that the time when the winner is decided is randomized. So while the auction has an official end date, the actual winner will be chosen by looking at a randomized point in time, and determining which network had the most support (in terms of overall contributed DOT) at that point.

This method prevents networks from holding out until the last minute to bid, since no one knows when the winner will be decided.

Fun Fact: While parachains will always need to be auctioned off when their lease ends, it’s possible for winners to re-sell them on the secondary market.

What is a Polkadot Crowdloan?

If the project wins, then the tokens will be locked, and you’ll get them back after 96 weeks, when the parachain’s lease expires.

While your tokens do get locked up for an extended period of time, successful networks will reward you for your support in the form of project tokens such as EFI, or even exclusive NFTs.

How to Participate in a Crowdloan Directly via Polkadot.js

Built on Polkadot, Efinity is our upcoming parachain for NFTs, so we'll use it as an example.

There are a few different ways to contribute your DOT, among the easiest being directly on exchanges like Binance, and we outline that process in the video below.

But you can also contribute through an official Polkadot wallet. Below, we'll detail how you can do that via Polkadot.js.

1. Head to the Polkadot dashboard, which will show you information about the network and allow you to interact with it. Here you will see recent events and blocks that have been processed.

2. Hover over the Network tab, and click on Parachains.

3. On the Parachains page, you’ll be able to see the parachains that are currently connected. Then, you’ll need to click on the Crowdloan tab. There, you can view all the ongoing Crowdloans, along with any completed ones.

In this example, you can see Efinity’s campaign ID, the lease that we want to bid for, and how much we’ve raised. If you wish to contribute to the project, click on the contribute button on the right side of the page.

5. When you click contribute for the second time, you’ll end up on a confirmation page that explains the transaction and fees. If you don’t have enough tokens in your account, you’ll also see the warning in the yellow box like the screenshot below.

6. Once you hit submit, a transaction page pop-up will request you to input your password to confirm the transaction.

Once you input your password correctly, your submission will be confirmed and you will have officially contributed to your first crowdloan!

Some things to consider:

After Moonbeam, Acala, Astar, and Parallel Finance won the first four slots, competition is fierce for Slot 5, with Efinity and Clover Finance vying for the slot.

Every network aiming to secure the Polkadot parachain slot has a valuable mission, and the Efinity parachain is no different.

Our goal with Efinity is to make NFT development available to everyone and ensure an open Metaverse by making digital asset creation and trading accessible, budget-friendly, flexible, and interoperable.

How are we going to do this? Hopefully, by winning a Polkadot parachain auction with your support!

Remember, securing a slot as a Polkadot parachain can revolutionize your favorite blockchain projects by improving their underlying blockchain infrastructure. By winning a parachain slot auction, your favorite project is one step closer to completing its mission.

UPDATE: Efinity has won a parachain slot in the auctions! If you’re excited for Efinity to bring NFTs into the mainstream, you can learn more at the link below. Future NFT developers, traders, and users will thank you.