Play to Earn: Asset Scarcity & What it Means for You 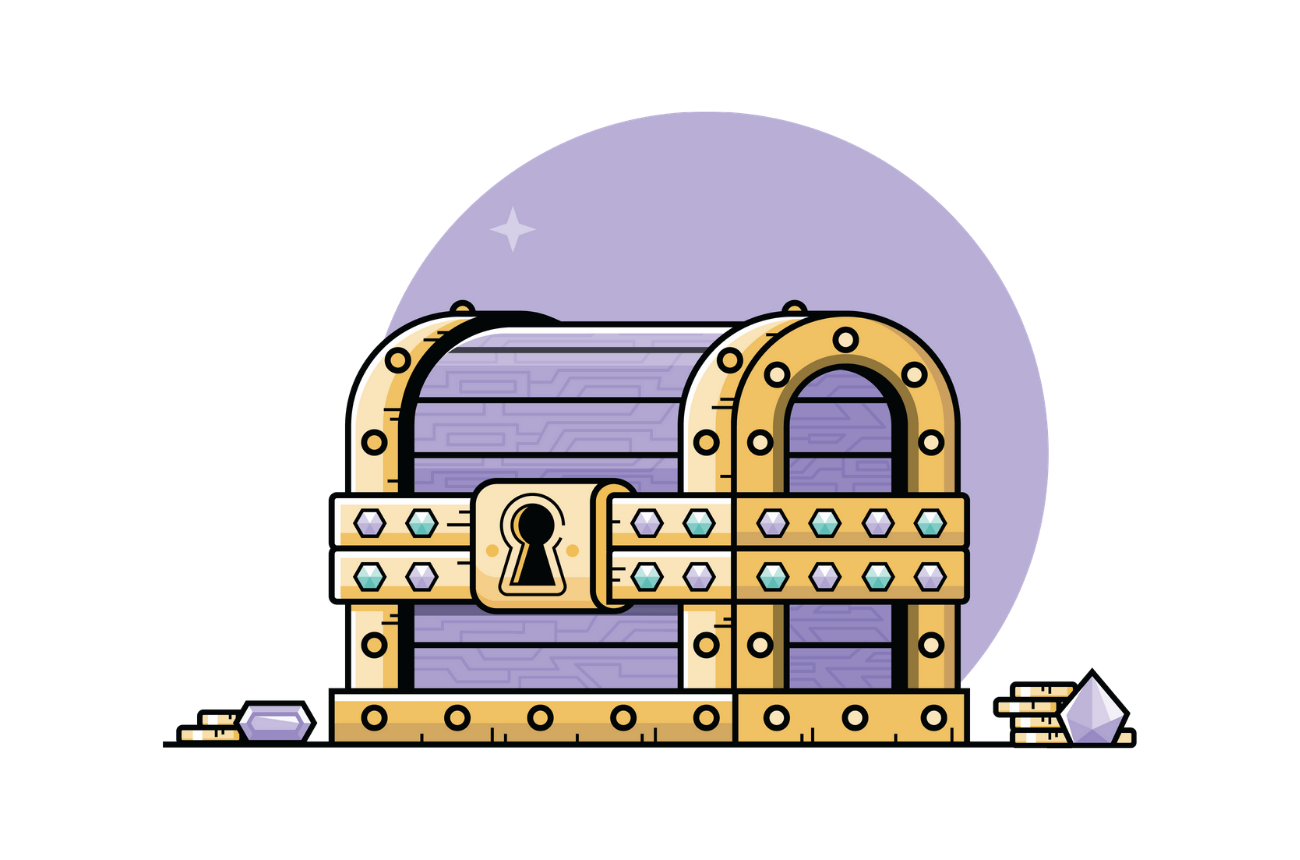 Explore the future of gaming, in-game economies, and other incredible possibilities unlocked by NFTs with Lost Relics developer and dungeon master Cliff Cawley.

Video games have offered their players many things over the years.

From epic adventures to infuriating boss fights, incredible loot, and even long-lasting friendships, video games are the perfect medium for delivering experiences that are limited only by the creativity of those who develop them.

An important aspect of many games is that aforementioned “incredible loot.” Typically, players spend their time working to grow their power, advancing through challenges of increasing difficulty while working to right some wrong in the universe.

Take World of Warcraft for example.

Home to more than 100 million players since its inception, its 17 years dominating the MMORPG market is a testament to how important a satisfying power crawl can be.

While some claim that the true “end game” is fashion (and there are some merits to that argument), WoW has built its success on providing ever-expanding content designed to keep players growing their power for years.

The majority of a player’s quest for power revolves around obtaining rare equipment. In traditional games, rare gear is gathered in one of three ways:

Purchasing gear brings up an interesting point: sure, most MMOs/multiplayer games have an active in-game marketplace where players trade goods for in-game currency.

But there is also a thriving grey-market for digital goods. Known as RMT (real-money transactions), these types of marketplaces exist outside the game and are run by a third party.  Since there’s no real way to participate in markets like these in a trustless manner, they are plagued by scams and predatory practices such as item duplication, account hacking/stealing, and more.

Thankfully, blockchain has stepped in as a solution to these grey-market issues; trustless in nature, immune to duplication, with a provable supply and verifiable ownership, this new technology has actually made it possible for a new era of gaming.

An era where real-world value is infused directly into the cyber-realms we know and love.

Digital Collections Have Never Been This Real

Ever since online gaming enabled shared virtual worlds, there has been some form of a real-money market for digital items. Whether the grey-market trade of potentially stolen accounts/goods, or the more official purchasing of skins, hats, or other cosmetics directly from the developer—people like to collect digital assets and are willing to spend on their hobby.

Before blockchain, though, the digital items players spent countless hours amassing weren’t technically even theirs. The items are available to use, of course, but they aren’t actually owned by the player.

Blockchain tech, and more specifically non-fungible tokens (NFTs), have completely changed the game. Players actually own their digital items, which can be easily verified.

Trading is no longer a grey-market activity—it is completely transparent and trustless, and supported by the developers because they generate returns on every single trade.

This evolution in digital ownership is also responsible for the “metaverse” concept finally beginning to blossom.

A Metaverse of Possibilities

The “metaverse” is a shared digital space that seamlessly integrates aspects of the real world— specifically things like ownership, identity, and financial value. Blockchain and NFTs are the perfect technology to make this concept a reality.

A huge reason players spend time building their digital collections, especially in the metaverse, is the fact that collecting (and using) rare assets is a surefire method of self-expression.

Rocking the rarest fashion and the coolest accessories is important in a digital space, a way for users to stand out in the crowd and feel unique. 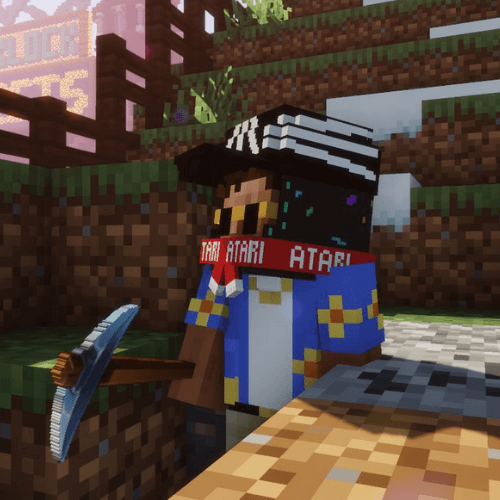 Atari Fashion NFTs
Learn how an iconic brand and digital fashion house partnered with gamedevs to bring fashion to the metaverse.
Read More

A player’s Enjin Wallet is more than just a glorified wardrobe, of course. It becomes a window directly into a user’s interests, as well as an interactive record of their past experiences and achievements.

Part of this collecting game involves playing the markets—finding solid buying opportunities to then resell.

Speculative trading is all that some people do, preferring to play in the markets than play the actual game—impacting the game's economy without even logging into the game.

Some users may also join the game with non-competitive motives, becoming expert crafters or companion trainers, capitalizing on their talents by selling items to more competitive players.

This is part of the power of the metaverse.

Measuring Value in a Virtual Realm

As a developer, the metaverse provides an interesting challenge: balancing a video-game economy that has been infused with real-world value. There are two important factors to help determine proper item balancing:

It’s been incredible to see the effect that assets infused with real-world value have on the enthusiasm of the community. Players are suddenly brand ambassadors, spreading the word and recruiting other players, simply because they know a larger player base = more demand for their items.

As a player, the value of an item is primarily determined by its in-game (or cross-game) utility. There are, however, some other important factors to consider:

As a collector or trader, the value of digital assets should be measured by all of the factors listed above, along with the additional speculation brought about by “mystery items.” Mystery items are assets that can be found within the game and acquired, but do not have an in-game use just yet. The community, and collectors/traders, are constantly speculating on what powers these mystery items may grant, and the value of the item is determined by that speculation.

Though blockchain-enabled games are anything but traditional, and the NFTs found within can be incredibly valuable, the best games (and most successful players) are putting gameplay first.

Many new players come into the Lost Relics community and immediately ask things like “Where are the best drops?” This is an understandable line of thinking, but one that also typically leads to burnout.

Not only would answering questions like that ruin the adventure and thrill of discovery, but it reinforces the concept of finding the best drops for the least amount of effort.

Lost Relics is a game that is meant to be played. Although you can of course earn valuable NFTs while playing, the game has been designed with robust features that focus on expanding the actual gameplay experience players will find within.

With a living, breathing town to call home, countless quests to complete, character development across various skills, and increasing levels of challenging dungeons to explore, Lost Relics packs enough content to keep players entertained even without that additional draw of earning through play.

In-game drops are just icing on the action-RPG cake.

That being said, the draw of NFTs is a real one. Never knowing what will drop during a dungeon run provides an engaging “lucky dip” style mechanic, and the possibility of obtaining Mythical or Transcendent items is incredibly enticing.

These assets are simply not the entirety of the Lost Relics experience, where gameplay is put first and foremost.

Updates are constantly being rolled out, giving people new features and content to venture through on a regular basis. This keeps the game feeling fresh and ensures players always have something new to experience, no matter how long they’ve been playing.

NFTs are absolutely exploding in popularity.

Video games offer not just an avenue for NFT utility, but also the means to distribute them in a very meaningful way.

Play @LostRelicsGame every day between 12th - 17th March and you'll be entered into the draw to win one of 500 slick @binance Hoodie NFTs (backed with @enjin!) which you can use in 3 video games!

Never before have gamers had such an opportunity to be rewarded with tangible goods and monetary gain from the time they spend doing what they love: gaming.

The metaverse is a new frontier of digital experience that is being shaped as we speak; developers from around the world are contributing to shared virtual spaces that can be used for various purposes.

As the “Play to Earn” concept develops, the most engaging experiences will be those that put gameplay or other features first, because earning from these projects is becoming the default.

Truly exciting experiences that are painstakingly crafted will be the ones to stand out, and they will be bolstered by the ability to earn—not exist solely for it. 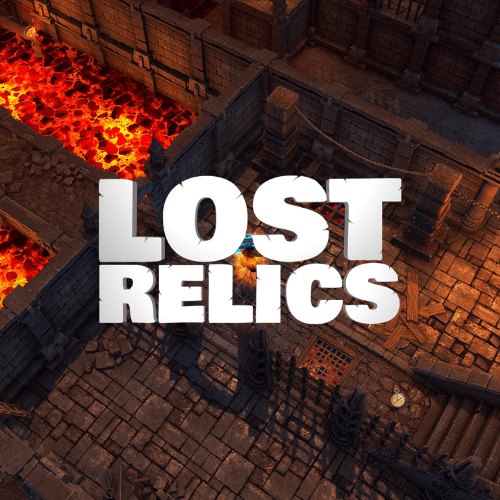 Experience Play to Earn
Embark on quests and scour dungeons in search of rare NFTs in Lost Relics.
Play Now
Thank you! Please check your email.
Oops! Something went wrong while submitting the form.
#
NFTs